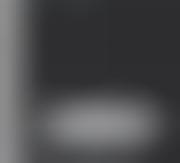 Two people – that’s all it takes to carry on an interesting and inspiring conversation. Two

instruments constitute also the smallest possible ensemble – the dialogue between them is inherently intimate and unique. This perception becomes even clearer, when a piece is being played by two string instruments, which – although differing in timbre – are inextricably intertwined.
We had thought about recording a duet record for a long time, as we have been playing together for several years now, in various chamber formations – from a duet to a string sextet. (...)
The pieces on this record have a special link: each of the composers whose works we have recorded, refer in a certain way to Johann Sebastian Bach. In the case of Eugène Ysayë, it is a direct, thematic reference to Partita
No. 3 in E major and to polyphonic voices in the following movements: “Malinconia” and “Dance des ombres”. Krzysztof Penderecki’s Ciaccona corresponds with Bach not only through its form, but also through the reference to religious content expressed in the title. Sofia Gubaidulina is connected to the master from Leipzig through an openly expressed complete devotion to God (“in a sense, all my compositions can be summarised as sacred music”, says the composer in an interview given to Vera Lukomska), mystical content hidden in sounds, and fascination with perfect, mathematical order and proportions.
(Maria Sławek, transl. Maria Borzobohata-Sawicka)
Brilliant performances of a wonderful mix of repertoire for violin and cello

This is a wonderful collection. It takes its title from Sofia Gubaidulina’s Rejoice! (Freue dich!), which accurately reflects my mood after hearing it. The sonata by Ysayë is for solo violin; the remaining works are for violin and cello duo.
The Bach Two-Part Inventions, of course, are keyboard works, but the arrangement by the present performers, violinist Maria Sławek and cellist Marcin Zdunik, is absolutely delightful, and the music is impeccably played. Their spot-on intonation is remarkable, and they interact with the same unity of purpose you would expect from the two hands of one player on a keyboard instrument. This is playing with expression and a variety of touch and color that maintains the listener’s interest throughout the 26-minute length of the set. The music becomes a true conversation between violinist and cellist, each playing off the other. As a different take on these 15 Inventions this is an extremely refreshing and engaging experience.
The Belgian violinist and composer Eugène Ysayë composed his brilliant set of Six Sonatas for Solo Violin in 1923. It is fair to say that after the Bach’s Sonatas and Partitas these are the most important works for solo violin in the repertoire (I know that some fans of Paganini will be upset with me for saying that). The Ysayë Sonatas require a monster technique but also great expressive ability. The second of the set was dedicated to Ysayë’s friend and colleague Jacques Thibaud. The first movement is based on the Prelude from Bach’s Partita No. 3. He titled it “Obsession,” because the movement is obsessed with the Bach original, which is contrasted with the medieval Dies irae theme as the two struggle for supremacy. The third movement is a particularly brilliant set of variations on Dies irae, requiring extraordinary virtuosity from the soloist. Sławek plays the sonata with stunning accuracy, total command, and exuberant élan. I have always loved an old Aaron Rosand recording of this work, but Sławek plays it just as convincingly and with better recorded sound. Her performance seems like a triumph to me.
Krzysztof Penderecki’s Chaconne in Memory of John Paul II was originally composed for string orchestra and later arranged by the composer for violin and viola. Sławek, in her excellent notes accompanying the disc, does not indicate who made the arrangement for violin and cello. She and Zdunik performed the work in 2013 in the presence of the composer, so it seems like a fair conjecture that they made the arrangement themselves, as in the Bach. The 6–minute duo is a moving, even grief-stricken, tribute.
Finally we come to Sofia Gubaidulina’s half-hour sonata, which was written for the celebrated Russian husband-and-wife team of Oleg Kagan and Natalia Gutman. Sławek writes that by studying the composer’s autograph drafts stored at the Paul Sacher Foundation in Basel, she learned that the work was conceived to reflect the layout of the liturgy: Kyrie, Gloria, Credo, Agnus Dei, and Gratias. Although this concept was abandoned in the final version, Sławek makes a case that knowing the original scheme can shape how the piece is performed. I was transfixed by this music and by the performance. The highlight is the third of its five movements, which at 10 minutes is by far the longest movement and the emotional core of the sonata. Entitled “Freue dich, Rabbi” (Rejoice, Rabbi), it represents the portion of the Gospel of St. Matthew in which Judas kisses Jesus. The movement opens with a deeply moving cello solo, starting in its upper register, that represents the emotions of Christ at this fatal moment. One does not have to directly relate to its biblical origins, however, to be moved by Gubaidulina’s music and the deeply felt performance given here.
This CD has everything that I look for in a recording. The mix of repertoire is conceived with imagination and thoughtfulness, the performances are technically brilliant and emotionally compelling, the recorded sound is perfectly balanced and natural, and the booklet contains extremely helpful notes (the only small caveat is that the English translation is a bit awkward). A very enthusiastic recommendation.
Henry Fogel
Fanfare magazine
Sound Cloud Facebook Instagram